31st March-1st April, the History and French departments took 37 students in Year 9 (and one year 10!) on an insightful, thought provoking and at times emotional visit to Ypres, commemorating those who fell during WWI. Students had an opportunity to practise their French in a real Belgian market before visiting a number of memorials and cemetery’s.

We marvelled at the number of soldiers who were never found, their name’s chiselled on to the famous Menin Gate. Later we held our own ceremony at the Tyne Cot cemetery where two Springwest students laid a wreath at the foot of the Middlesex Regiment memorial.

This was an unforgettable experience for students to reflect on the human sacrifice of those who fell during one of the largest conflicts in our history. 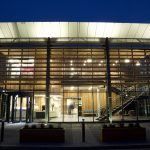