Our whole school production of Matilda is now complete! It took four months of solid effort and commitment from a cast of 60 students from Year 7-13 students, but the hard work has paid off with two superb performances to full houses on both nights. The cast gave up countless amounts of their own time to rehearse and create a performance they can be proud of.

This year’s production was a real collaborative process; older students helped to choreograph dances with younger students and some of our more experienced students directed some of the acting. The most powerful part of this year’s production as a whole, was the comradery and values of friendship shown throughout the cast during the whole process. All of our students who took part were a credit to the Trust.

Directors and Governors really enjoyed the show and thank all staff involved as well as the very talented cast. 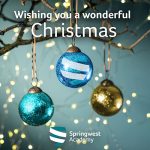 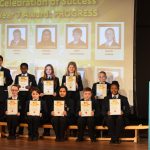 By continuing to use the site, you agree to the use of cookies. find out more

Our website is designed in WordPress and as such for maximum functionality there is a requirement for us to enable cookies for some of the plugins we use (predominantly calendar features and Twitter feeds).

estimate our audience size and usage pattern;
store information about your preferences, and so allow us to customise our Site according to your individual interests;
speed up your searches;
recognise you when you return to our Site.

Essential cookies – These cookies are necessary for the technical operation of our Site. For example, they are used to identify users who have logged into and out of our Site. When you close your browser, these cookies are deleted.
Information cookies – These cookies are used for the purposes of recording information about how you use our Site, in accordance with this Policy. This information is used to analyse the URLs from which you arrive at our Site, to determine which pages and features within the Site are popular, and to deliver an improved service to you.
Third party cookies – Third party advertisers may also set cookies through advertising displayed on our Site, in order to allow them to, among other things, deliver advertisements that they believe will be of most interest to you. This Policy does not cover the use of cookies, or other processing of your Personal Data, by third party advertisers. We recommend that users review the privacy policies made available by the relevant third party advertisers. In particular, some of the advertising on our Site may be served by Google. Google’s use of the DART cookie enables it to serve advertising to users based on their use of our Site and other websites on the Internet. You may opt out of the use of the DART cookie by visiting the Google advertising privacy policy at http://www.google.com/privacy_ads.html.

All cookies we serve through our Site will expire once they are no longer required, and in any event after a maximum of 2 years.

You may refuse to accept cookies by activating the appropriate setting on your browser. However, if you select this setting you may be unable to access certain parts of our Site or benefit from certain services. Unless you have adjusted your browser setting so that it will refuse cookies, our system will issue cookies when you visit our Site. For more information on deleting or controlling cookies, please visit www.AboutCookies.org.